That means I’m going to predict every Lions game for the upcoming season….. that might happen?

If the NFL gets canceled, it wont even matter. Nothing matters anymore. We made it through March Madness without any Madness. We’re making it through basball season without any baseball. So, if it comes down to Football Sundays without any football…. it wont matter.

Of course, it sucks, but you know what I mean.

Life Takes Ohio member, Anders, wrote a simliar blog earlier about the Browns schedule (spoiler alert, Browns are in for a long season according to him) No Expectations, No Disappointments: The 2020 Cleveland Browns

Quick recap, I did a blog similar to this last season for the Lions and I was SPOT ON until Matthew got hurt. I hope we can all agree that the Lions season would have turned out very differently if Stafford didn’t get hurt. Lions 2019 game by game preview (with results) 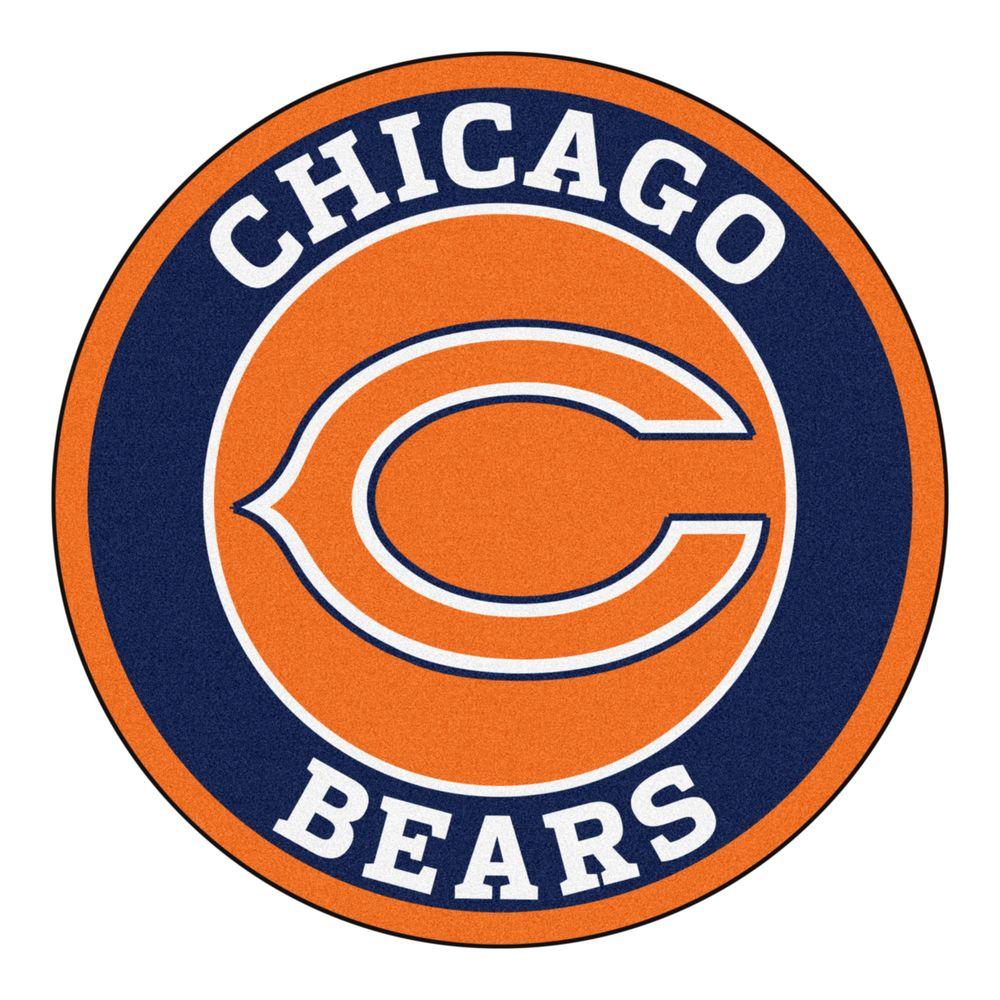 This is a win. New QB Nick Foles doesn’t win unless he is on the Eagles. The Bears didn’t get any playmakers from the draft this year with no 1st round picks. Stafford will be back for the first time in like 100 games and Ford Field will be buzzin’. DAAA Bears missed their chance a few years ago to make some serious noise and the Lions will get back on track of dominating the Bears like they were a few seasons ago. 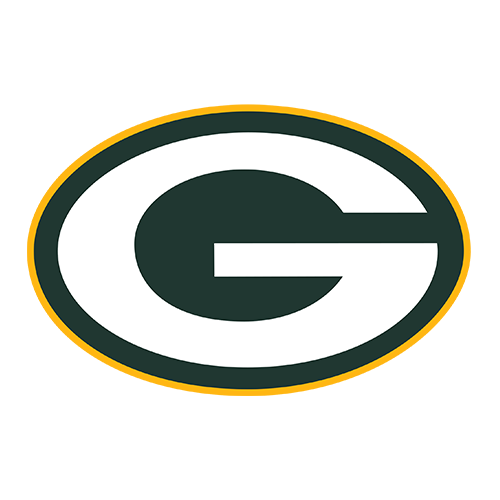 We have some loyal Packer fans (maybe even owners?) that follow us and all I have to say is…… How do any of you actually believe the Packers & Aaron Rodgers are better than the Lions? I know you guys win the divsion more than us, but if any of you have a memory, you should be scared. Quick history lesson on this rivalry:

10/14/19 Lions 22 Packers 23 ( Packer fans should remember they led for 0 seconds during regulation & the Lions got big time screwed by the refs… No really it was national news Blown call hands Packers a Win) hands to face call the world heard about. 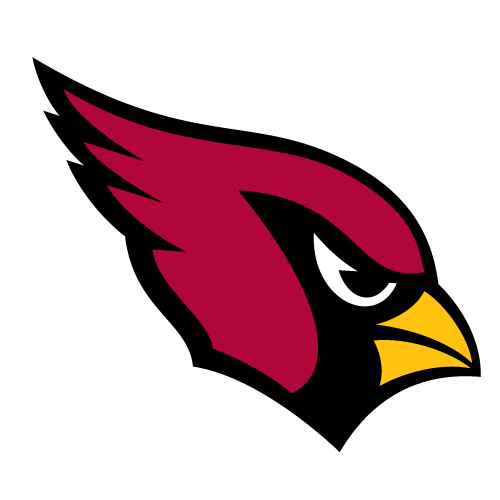 This is a dumb schedule flaw. We have to go back to Arizona for a second straight year. That 4:25 kickoff time is always weird because we always play at 1:00 and that slate of games between 1:00 and the Sunday Night Football game of the week is always reserved for a last minute weekend nap. I’m not afraid of Arizona or Kliff Kingsbury’s awesome house or Kyler Murry’s baseball skills or all of the young draft picks that they just selected or Kenyon Drake and I’m espeically not affraid of DeAndre Hopkins. Last year was a fluke and we should have won. I think we win that game 9 out of 10 times. 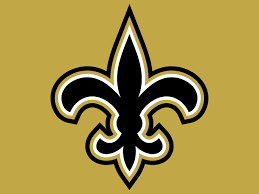 The city is going BANANAS!! The 3-0 Saints are coming into town to face the 3-0 Lions and this is one of the biggest games in the NFL weekend. The Lions are going to play extra hard because of the Bye week next week. I have so much respect for the Saints, Drew Brese and Sean Payton. I think they come in here and take care of business. Coming out party for De’andre Swift though. Big Big game for him here.

Week 5 BYE: I dont hate an early bye from a fans perspective. Get it out of the way, because Sundays without the Lions SUCK! But from a players stand point I think an early bye week is bad. Think about it. You play hard for 4 weeks. Take the bye and then you have zero time off for the next 12 weeks and probaley longer for the playoffs. Thats a grind. 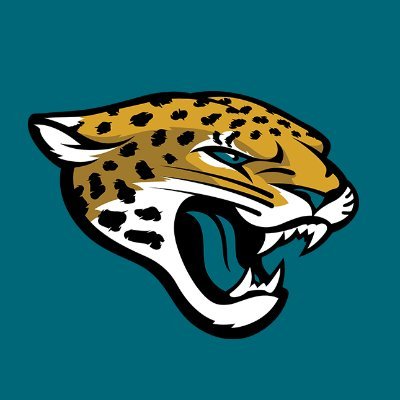 Jaguars are a dumster fire. That’s all you really need to know. 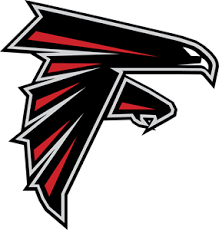 Second time this season the Lions have back to back weeks of road games. The good news though, the Lions have the easiest road schedule in the NFL. So, that helps the Lions here. Atlanta is always tricky, they have stud players. Some years they win, some years they lose, some years lose BAD. I think Matty Ice is on the down hill of his career, closer to the bottom then the top, if you feel me. 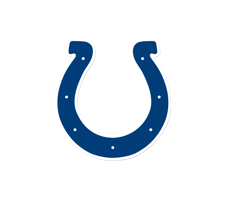 First game of the year not on Fox. I enjoy watching games on Fox but I feel CBS has that big game feel. Don’t get me wrong Joe Buck and Troy are big game annoucers, but the CBS B-team and C-team are stronger than all of Fox’s second teamers. Everyone is very high on the Colts this season with Phil Rivers, I’m not. He just accepted a high school varsity head coaching job. They will have an interim coach until Rivers retires. lol he’s done. Andrew Luck was the heart of this franchise. I’ve seen Phil yell and scream at fans in Indy. And he is getting VERY old. Matthew Stafford led Lion teams don’t lose November home games. They don’t do it. 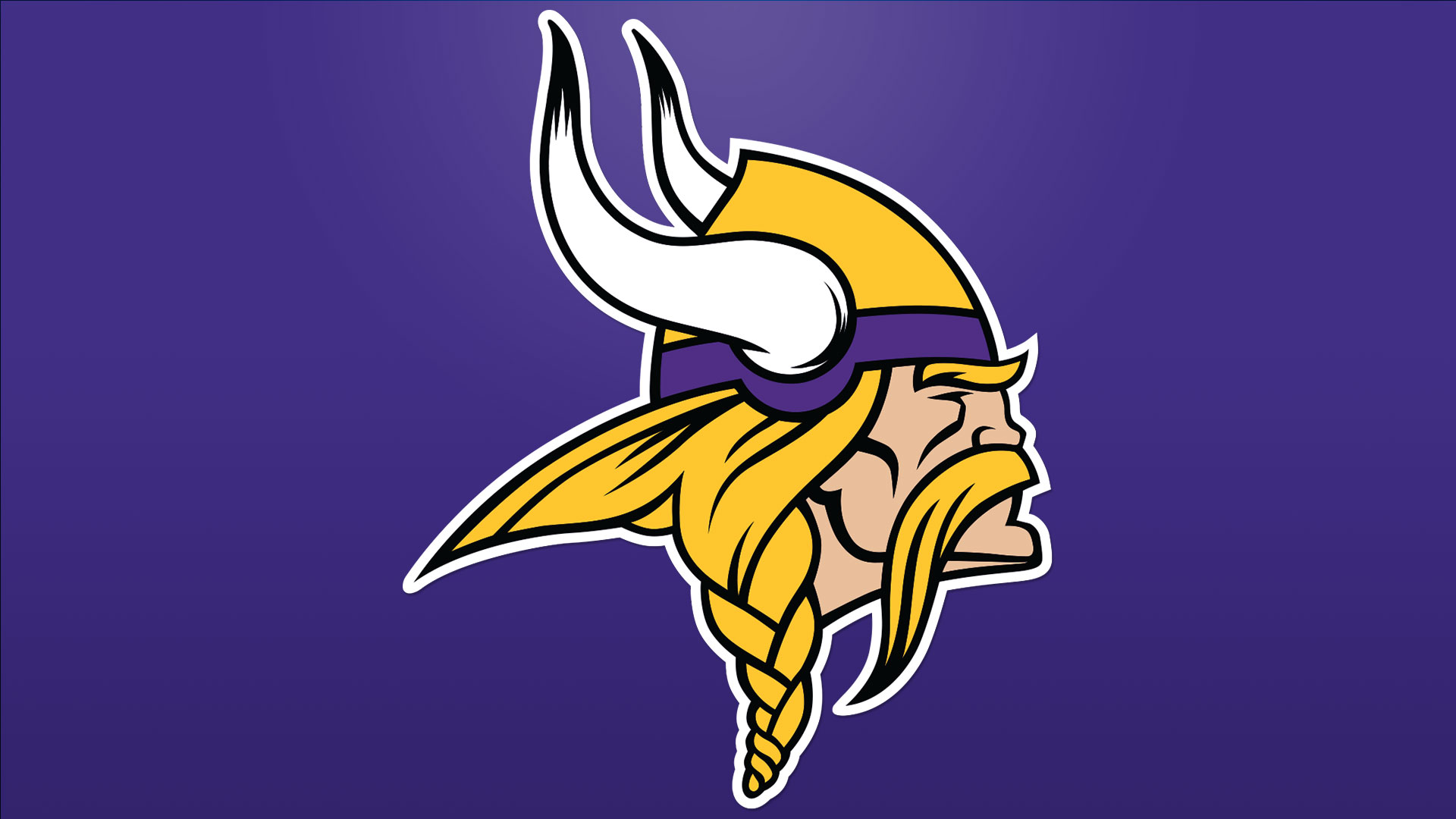 Back to back CBS games. Honestly, that never happens. Hopefully we get the A team for at least one of them. I don’t think Tony Romo has ever broadcasted a Lions game before. Another team people are very high on are the Vikings and I get it. Good defense…. good offense. But, don’t forget, Stephon Diggs got traded, Kirk Cousins, sucks. But again, I get it, the Vikings always beat the Lions. They beat Lion teams led by Jeff Driscoll and Lion teams lef by David Blough. They can’t beat Matthew. And he will remind the country that in this game. 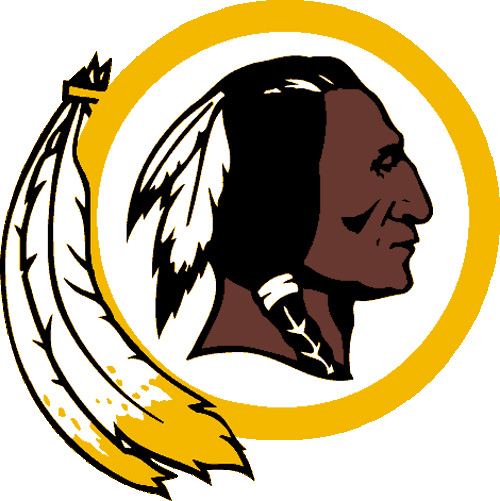 Sure they drafted Chase Young. He won’t be a threat until year 5. He will be exaclty like Jadeveon Clowney. who wasn’t great his first few years and has become, okay, now. Riverboat Ron will turn this team around but it won’t be soon. Remember, Matthew Stafford doesn’t lose home November games. He owns Ford Field. 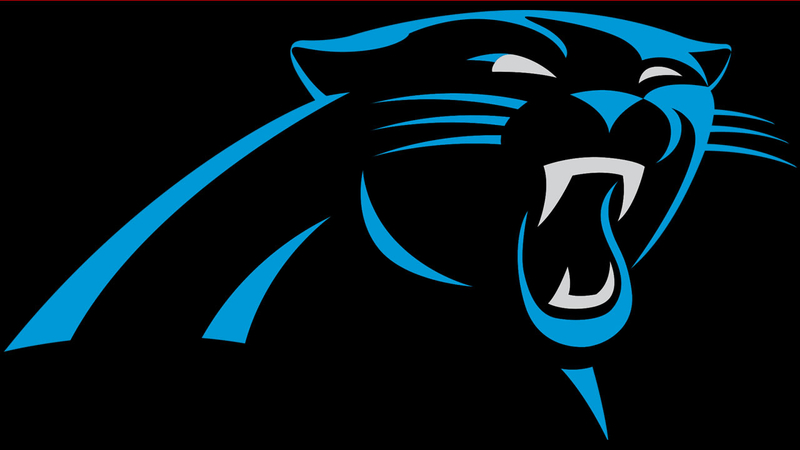 I’m sorry if you are a Panthers fan. They are heading in a bad direction and a dark place. Christan McCaffrey is a super star but I think they spent a weeeee bit too much of money on him. Who is their QB? I really dont know. They have a college coach as their new coach, and that won’t end well, I’ll tell you that right now. This game could be a trap game for the Lions, the way the season is going right now and with Thanksgiving coming next week. But I dont think Stafford or Patrica will let that happen. 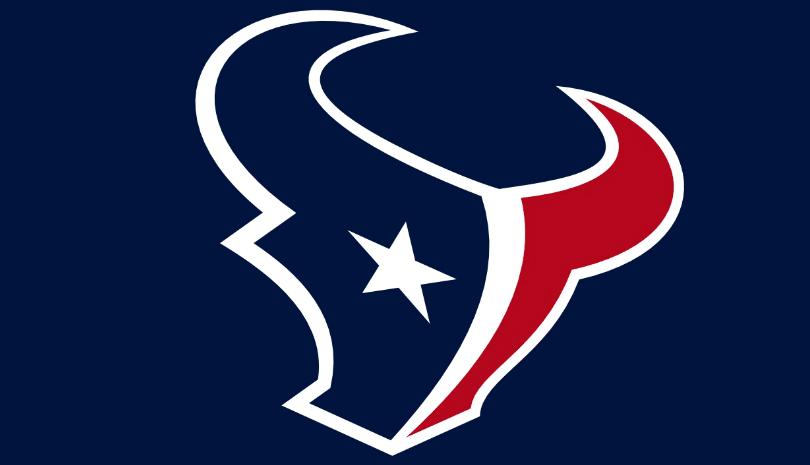 Quick turn around for the Lions here. Also, playing the Texans on Thanksgiving is different. The last 4 years we have played NFC North opponents and it has gotten a little old. I did quick research and it doesn’t seem like the Lions have ever played the Texans on Thanksgiving before and I think Houston might have a problem…… This game might be an all time classic, I think the Lions pull this out with a late field goal in OT!

THIS BLOG IS GETTING VERY VERY LONG.

You know my thoughts on the Packers. You know the history of this rivalry. Heck, Jordan Love might be the starter by this point in the season and A-A-Ron might be traded. WHO KNOWS. But I know the Lions continue their dominance over the Packers. No Hail Mary wins today. 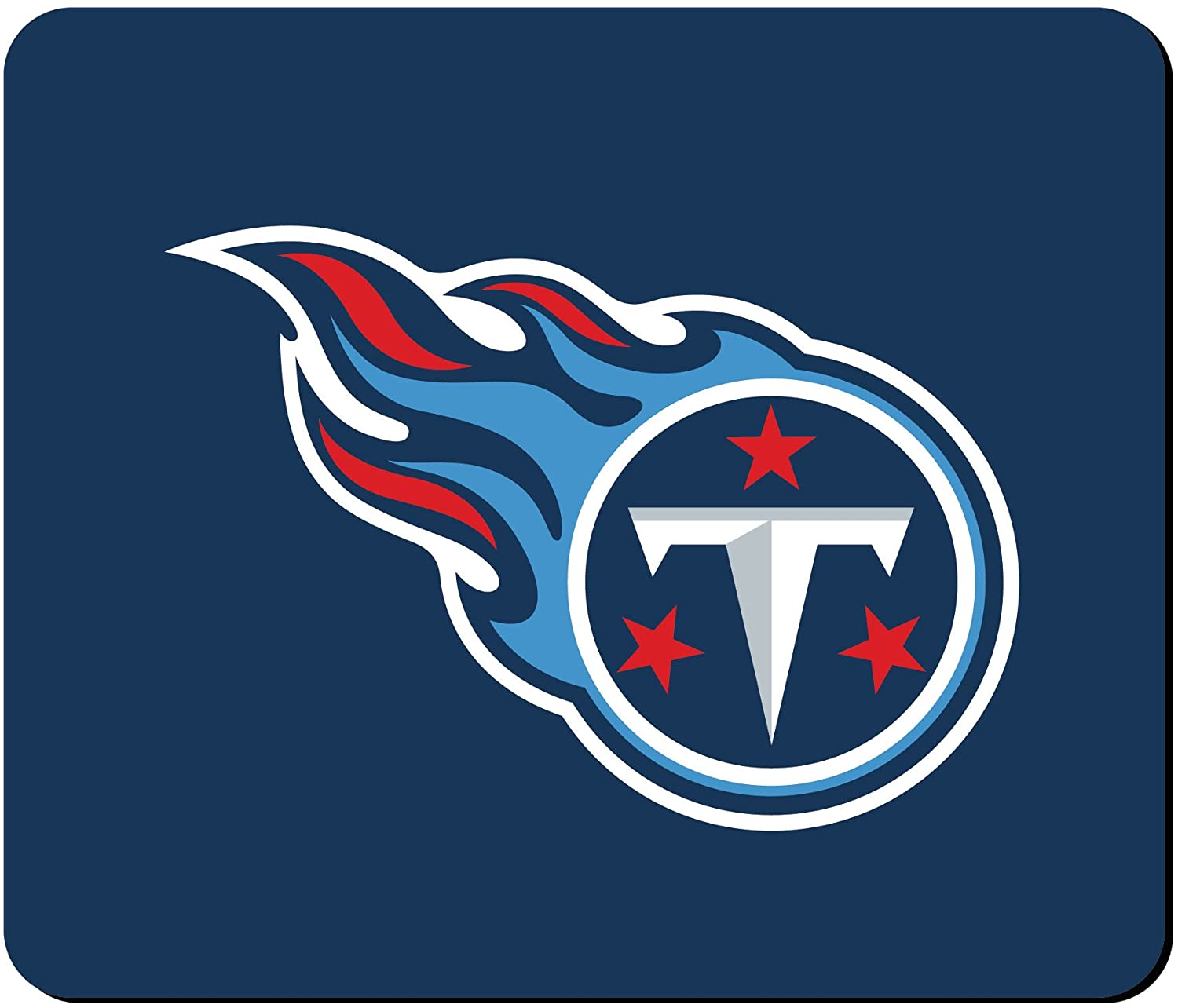 Last seasons cinderella. The Titans have made the playoffs the last few seasons and made a run with Ryan Tannehill. Always a solid team. I think Mattew will throw all over this defense. And as long as we stop the run, we will be fine. I’m thinking 500 plus passing yards this game. 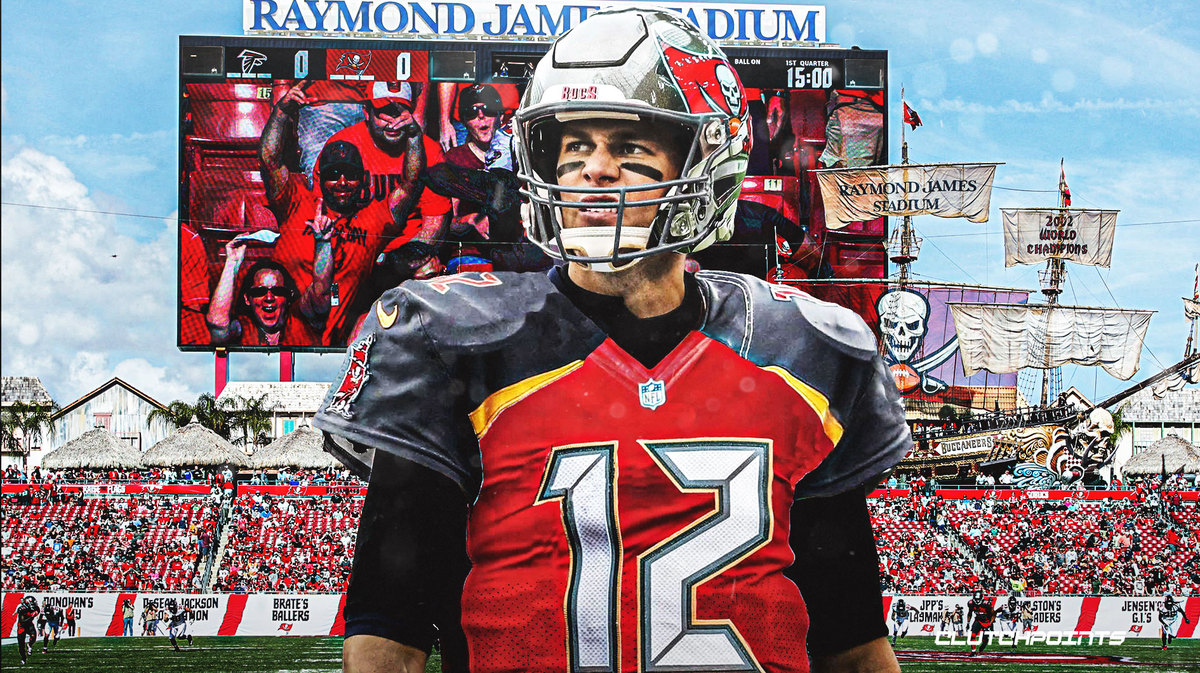 TOM BRADY COMES TO TOWN. Lions walking into this game 12-2 vs Tom Brady and his new look on the Bucs. This could be a Sunday Night game, could be a Saturday night prime time game. Just come back and look at this blog because this game will be during primetime. The Bucs have a feel around the league similar to the Browns last season. We all know how that went. Tom could be hurt by this game, Gronk might retire again before this game happens. Personally, I don’t think the Bucs will be as good as everyone thinks and they might have a losing record…..hot take…. I just don’t think it will go as smooth as we all think it will. Detroit beat Tom like two years ago at home, so, it’s possible. Also, Christmas game in Detroit…. come on… no way we lose. Santa would never let that happen.

Minnesota is always a tough match for us but like I said earlier. Stafford beats Kirk Cousins every single time. This will be our first back to back home games all season. That’s a shot in the balls from the NFL schedule makers. Imagine this though….. Lions 13-2 coming into the last game. Just beat Tom Brady on Christmas. Then we get another home game and a chance to win the North on New Years! It is a Christmas miracle. 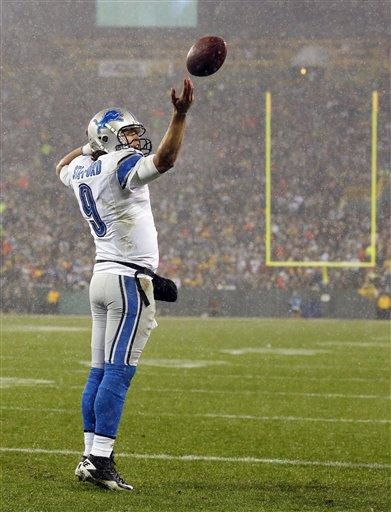 I know what you are thinking: “Homer” “Impossible” “Unrealistic”. I have one thing to say to you….. Have some freakin hope! Lions will win the North for the first time since I’ve been alive. I’ve told so many people this story. Kyle Shanahan started at San Fran and they went 6-10. Matt Patrica’s first season in Detroit…6-10. 2nd season at San Fran, Shanahan went 3-13. Matty P’s second season we all know we went 3-12-1. Pretty similar. This past season the 49ers went 13-3 and lost in the Super Bowl to the Cheifs. I’m just saying, the NFL is weird and things like this always repeats it self.

Remember keep practicing your social distancing so we can have a football season. I wouldn’t be surprised if the first 8 weeks of the season are postponed and added on at the back end of the season. The season could run through Febuary and have a March Super Bowl. Talk about taking March Madness to the next level. 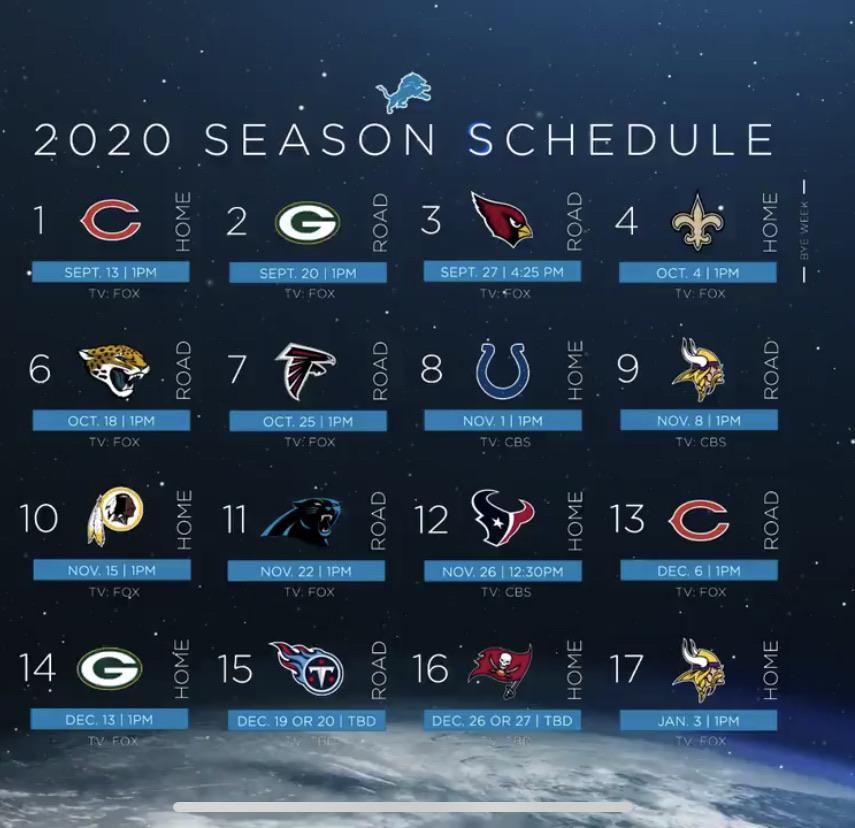 One thought on “Detroit Lions 2020 Schedule: W/ Game Results (Its Going To Be A Good Season)”