It took me two batters to realized holy hell this baseballs are juiced and they aren’t even hiding it. Aaron Judge or Mike Stanton held the previous record in this new derby style with 16 hole runs in the opening round.

Every single hitter hit over 16 home runs in the opening round. Unbelievable.

Ive never been the person to think baseballs were juiced. Anytime people said that I always thought it was a bad excuse for bad pitching or just classic old man yelling at the sky.

But today my good buddy Justin Verlander had the same thoughts about the actual game balls in the regular season which would be classic MLB trying to relevant when the young crowd. 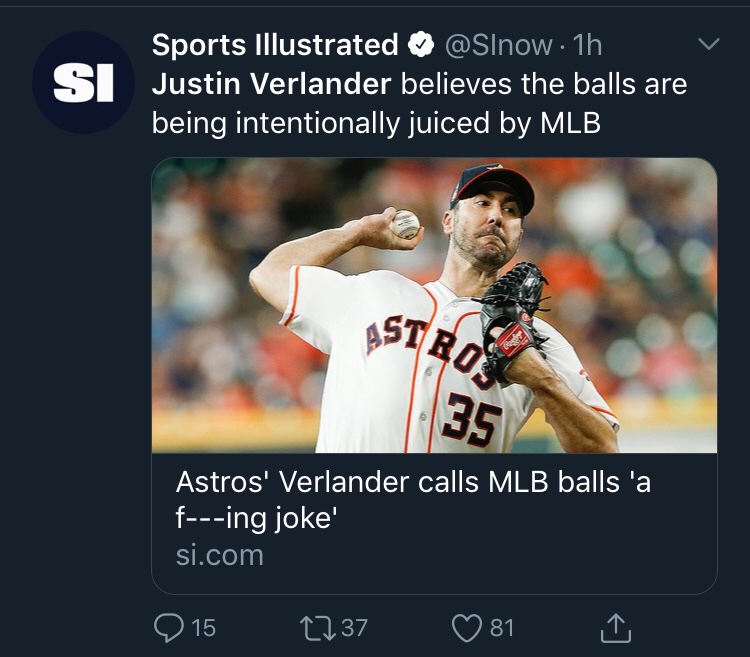 I’m actually okay with juiced balls. The only thing I’m pissed about is that they didnt publicly tell everyone “we’re juicing the balls this year” and if they had like a 10 point scale of juiceness “this year we’re going to juice the balls at a level of 7” which would be like this season. Or “okay we’re going to juice them at a 1” which would be boring for the fan but it would be interesting to see how players react to different levels of balls.

I know this is way healthy than having the players juice them selves up but this doesn’t seem fair to the pitchers. At least when the players were juicing the pitchers still had juiceless baseballs.