Duke should of just lost to UCF. Central Florida missed a rebound and missed two open looks at the end of the game to lose at the buzzer.

If this game showed you one thing, it’s that Duke is beat able. They will lose to MSU is the Elite 8 next weekend.

Just follow UCF game plan to let everyone shoot besides Zion and you will have a good chance for an upset. Also I don’t want hear all that Taco garbage talk. He played all season and UCF lost to bad teams with him so Taco isn’t that good. Zion and the freshmen boys will get tried. There luck will run out.

PS: Coach K is either hiding something or is getting old. His post game interview on the court was weird. He either has a guilty conscience of knowing he’s cheating and paying Zion a ton of money and knows his whole reputation is gonna be shot when all this comes out in a few months. Or he’s getting old. I think he’s cheating and he knows it. You can see it in his eyes he’s hiding something. 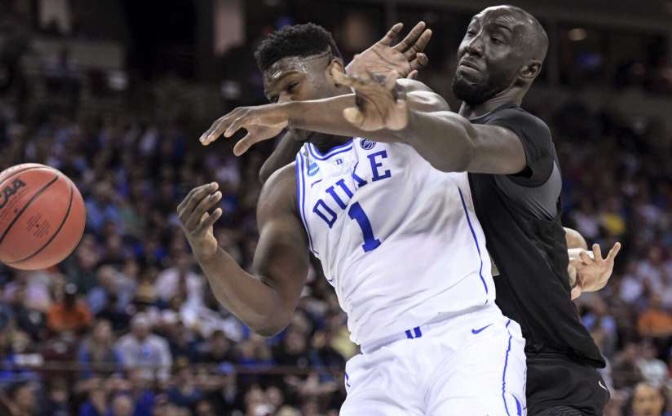