The best day of the year, if you’re an NFL fan. I know what you’re thinking, wouldn’t the Super Bowl be that day?

No. Championship Sunday is that day. Th best day for NFL fans. You get two, not one, but two Marquee Matchups.

Back to Championship Sunday. Here are my picks and predictions for this week. Note: I’m not a sports better, don’t have the income to sustain that lifestyle as of right now. When that day comes I will post about that.

So I’m telling you whose going to win the game, no lines. If you want gambling picks check out Dangers blogs.

Everyone likes to talk about the Rams defense, but they haven’t really stopped high flying offenses this season, look at the Chiefs v. Rams – highest scoring MNF game of all time.. They also let the Saints put up a 40 BURGER on them earlier this season. 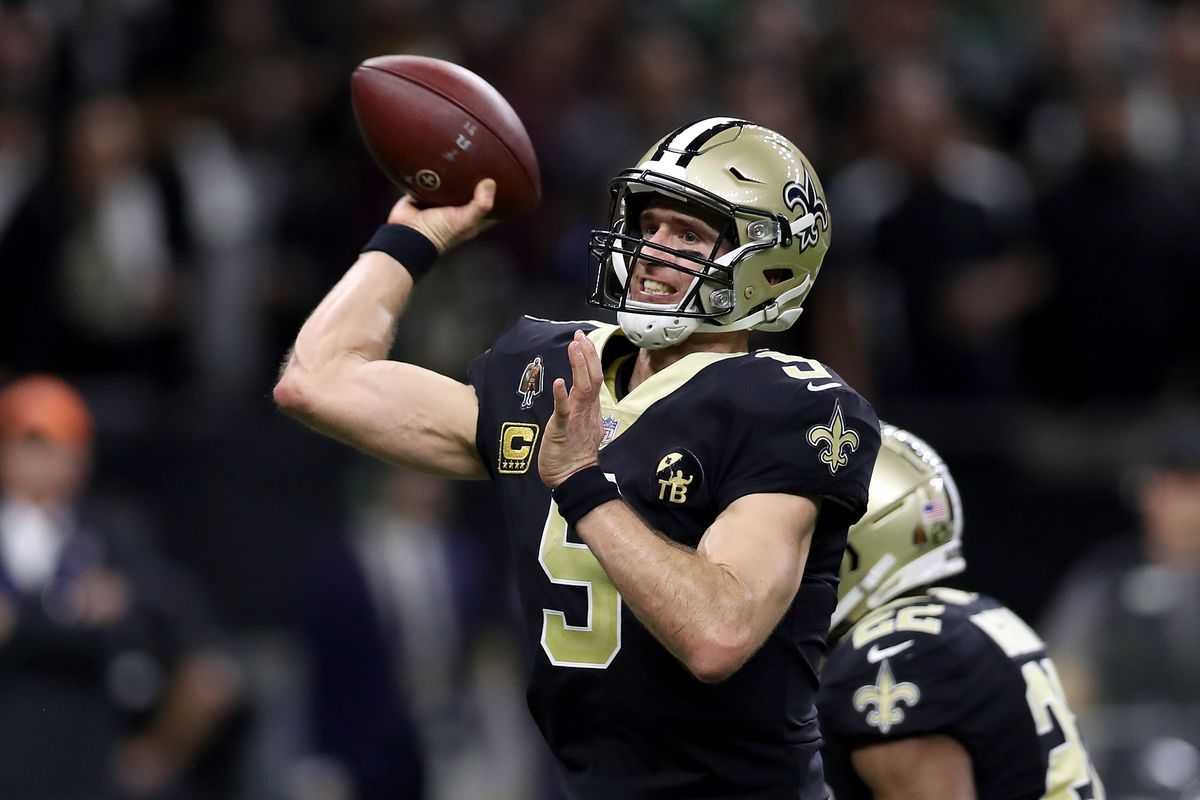 Drew Brees will not stop before he gets his second Lombardi. For that reason, I’m taking the home team.

This game is going to be a doozy! This game is Buck vs. Goat. Young vs. Old. David vs. Goliath. It’s hard to say Patrick Mahomes is a David,  because he has been a video game character all season. Straight out of a Create A Picture menu of a old game of Madden. But, yes, there is a but he’s no Brady. Every QB in this league is a David when they play Tommy Brady.

Belichick has Andy Reid’s number. With a record 6-2 vs Big Red. Think about this, the Pats have had the same QB and Coach since 2001. Reid lost a Super Bowl to Brady and Belichick back in the day.

I love a good redemption story. Reid finally gets to go back to a Super Bowl but has to defeat the very people that took that dream from him all those years ago. How wild would that be? But I have two words for why it probably won’t happen.

This match-up would be crazy. Belichick vs. Payton. Brees vs. Brady.

If there was once QB that is not a David vs. Brady it’s Brees. This is the match-up we deserve as fans. We have the next 10 plus years to jerk off Sean McVay and Patrick Mahomes. We only have 3 seasons MAX to enjoy the greatness that is the Patriots with Brady and Drew Brees and the Saints.

Note that if Brees ends up beating Tom Brady in the Super Bowl; his two championships would be against none other than, Peyton Manning and Tom fuckin’ Brady. But, I’m getting ahead of myself.