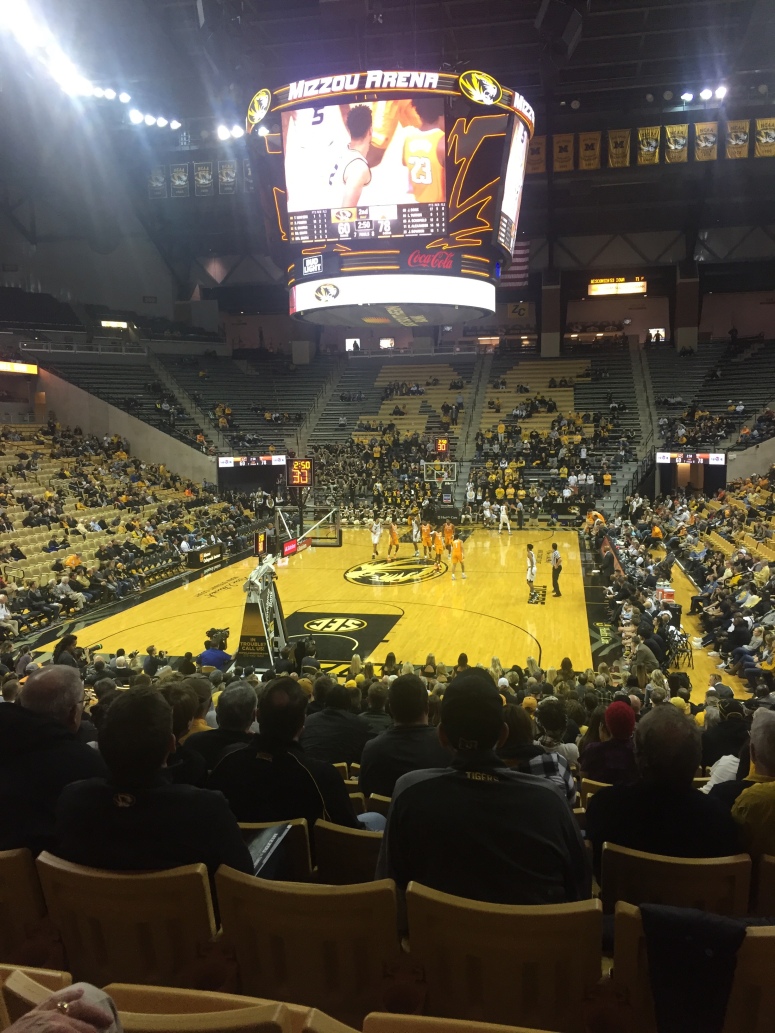 Wow! SEC basketball blowssssssss. First of all how in the world can Missouri not have a complete sell out for the game vs the number 3 ranked team in the country. Missouri is coming off an impressive season that got them into the NCAA tournament. This was the first conference game of the season with a chance to make a statement in the SEC and you blow it. Big time. Didn’t even show up, literally, the fans didn’t either. Tennessee ended up winning by over 20 and the mizzou arena was pretty much empty at the end of the game. Just goes to show you what the SEC has to offer. Also, we bought these tickets for $20 each and the face value of the ticket was $32.50. 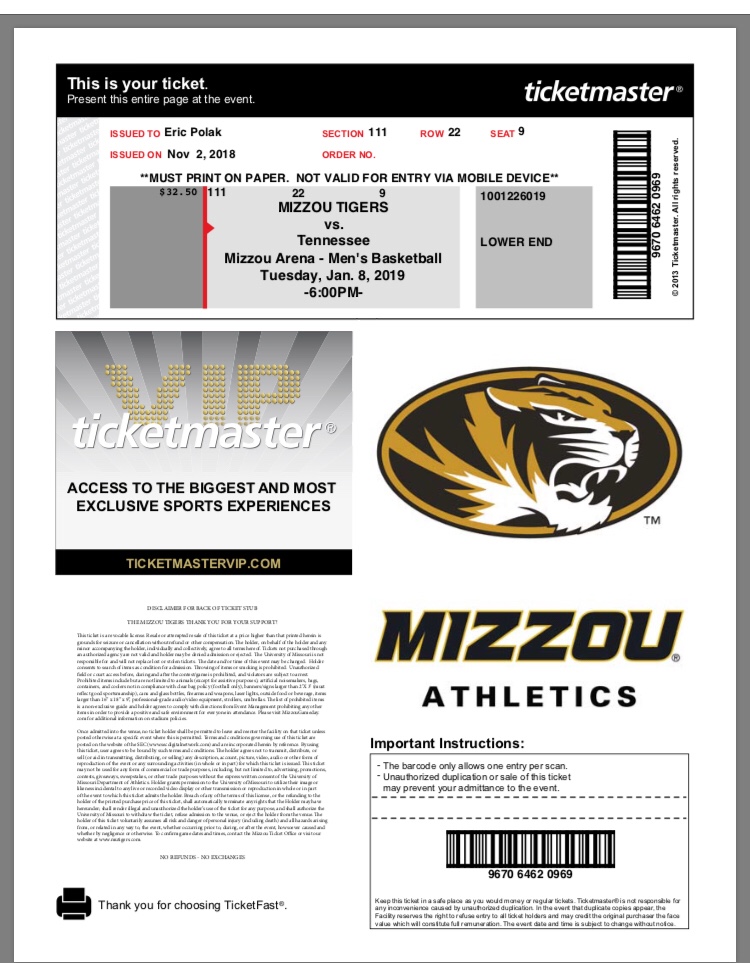 Just to compare the SEC to the BIG TEN, a Michigan vs Indiana game was a $40 face value ticket and the re sale price is upwards of $160 per ticket. Goes to show you “you get what you pay for”.

Let’s get away from the SEC in general and go in depth of Missouri University and the surroundings of the Arena.

First of all, parking was FREE. I’ll say it again, parking was FREE and we parked literally right next to Missouri’s football stadium. I kind of get why Kelly Bryant is transferring to them next season. 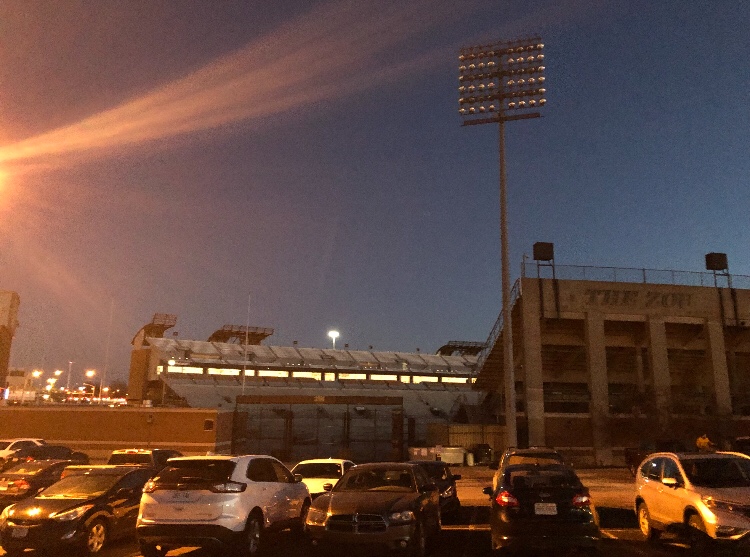 But back to the arena. We had a little walk to the arena and it had a feel of “storming the court” all over it. But on our walk we snapped some pics of the surroundings. Super nice and clean campus. 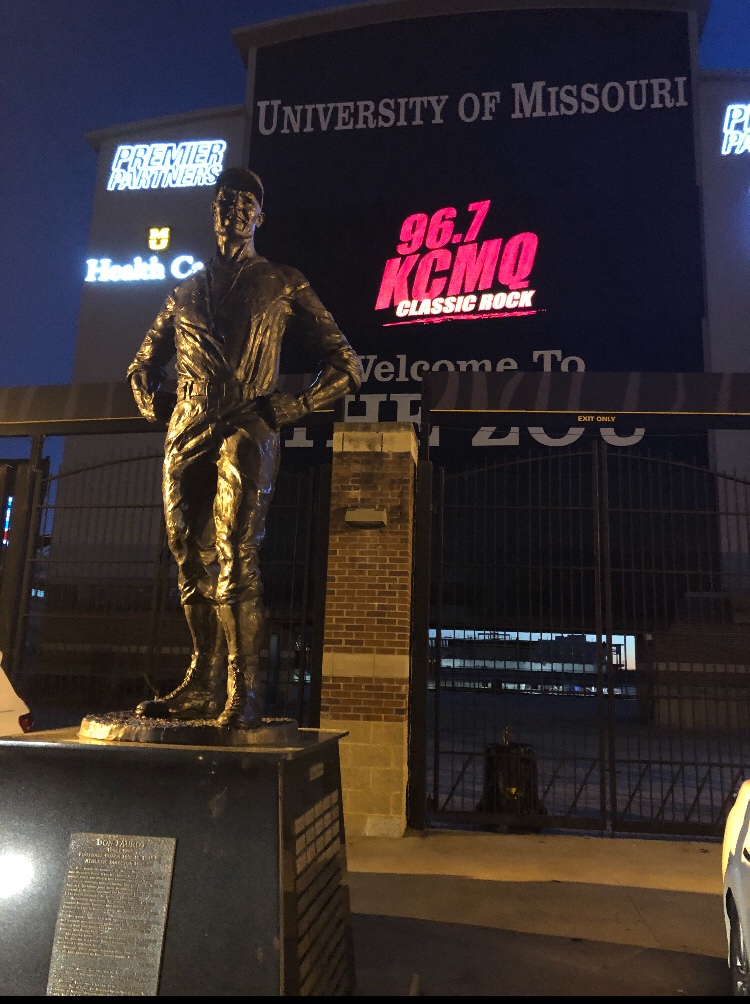 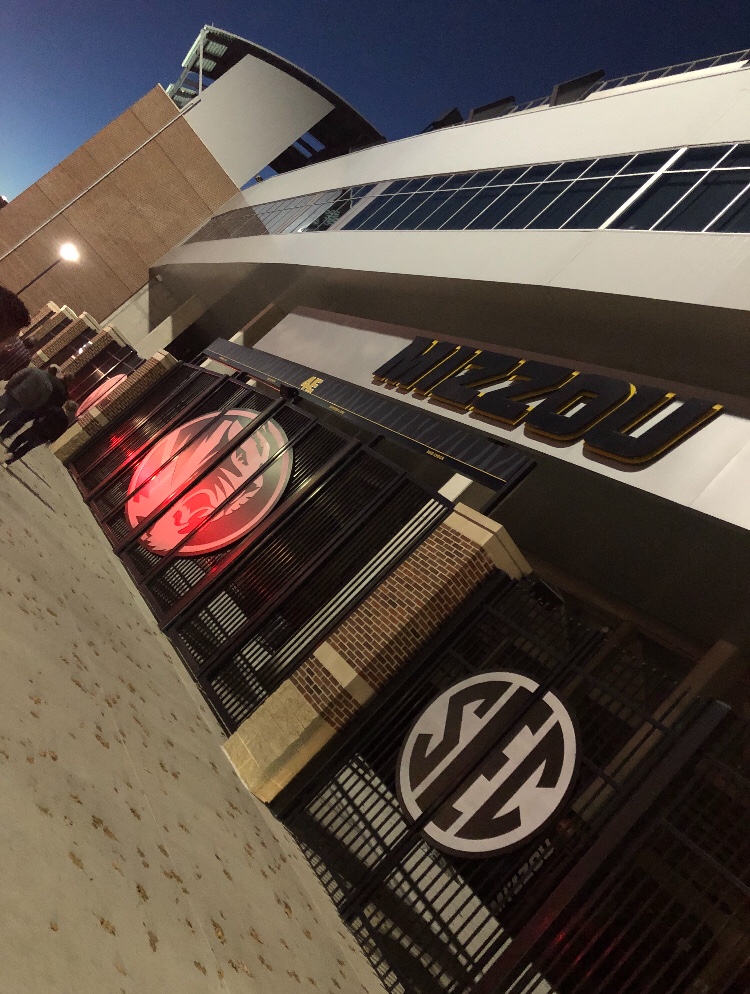 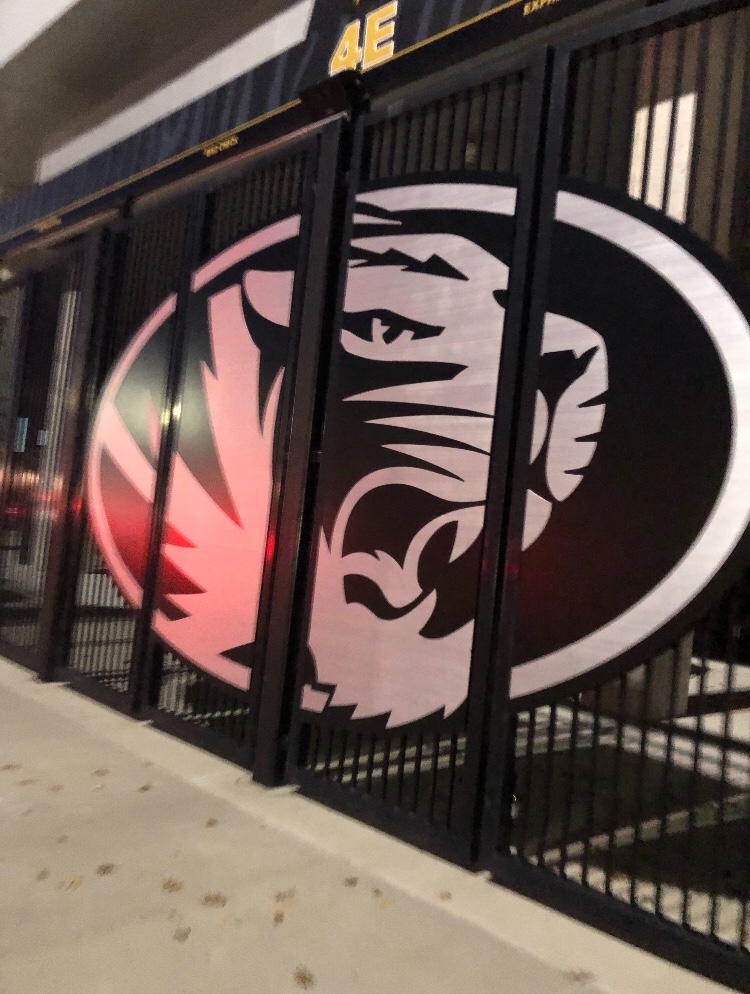 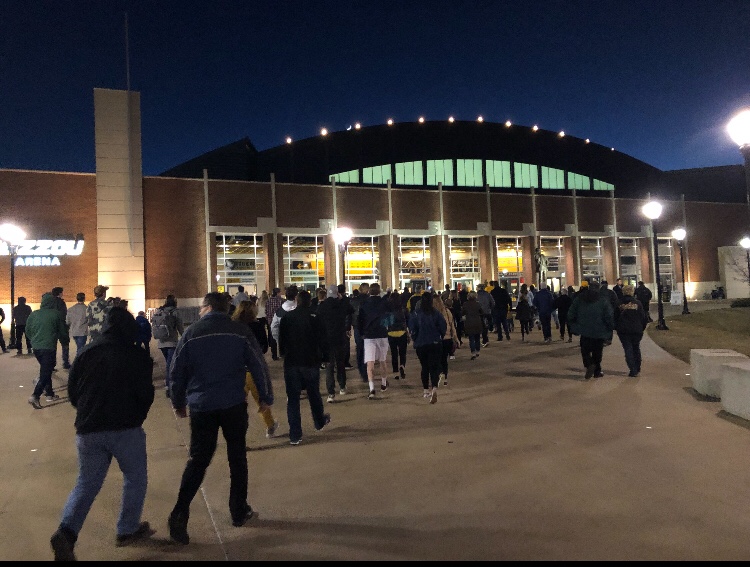 Like I said earlier, the moon was in the back ground of the stadium and it had an weird feel to it that something special was going to happen. 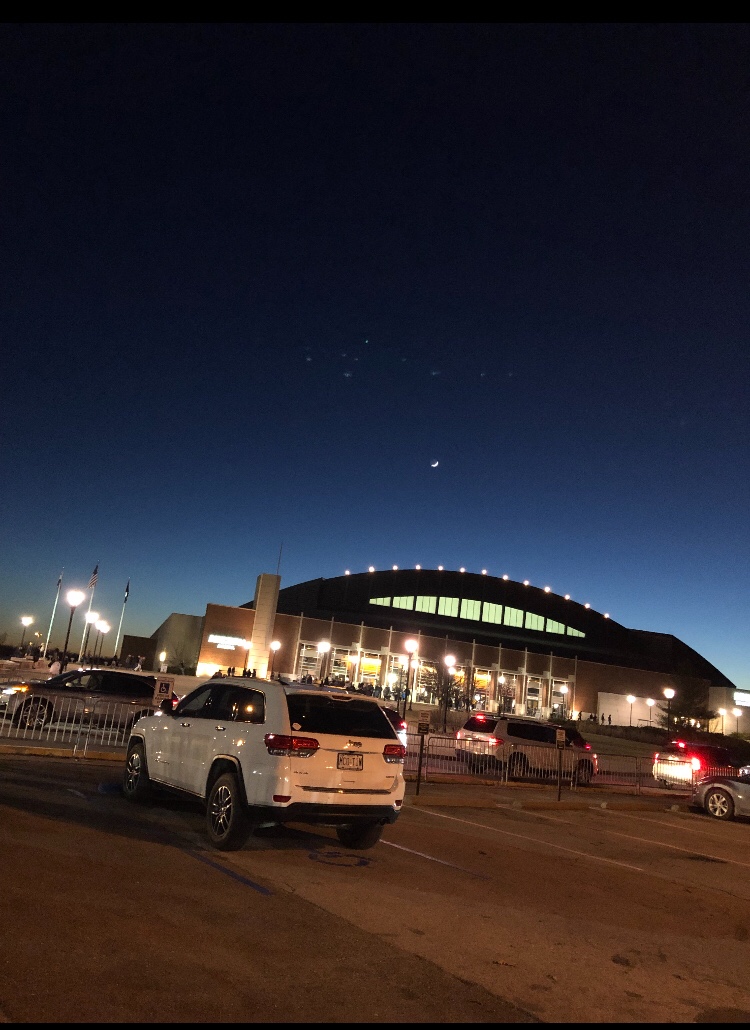 That wasn’t the case because Missouri Basketball sucks. I wouldn’t feel good about Conzo Martin leading my basketball program. Anyone can see he’s in it for himself. He will be gone within 3 years.

Back to the stadium.

The stadium was in a square shape, it was a different type of a arena compared to the best college arenas around (Crisler Arena, Breslin Center) which are in a normal circular motion. This arena was in a square shape, very similar to the Convocation Center at EMU or even Ford Field in a sense of the square style. The walking room while doing a laps was very spacious and never got any congested areas around the arena. 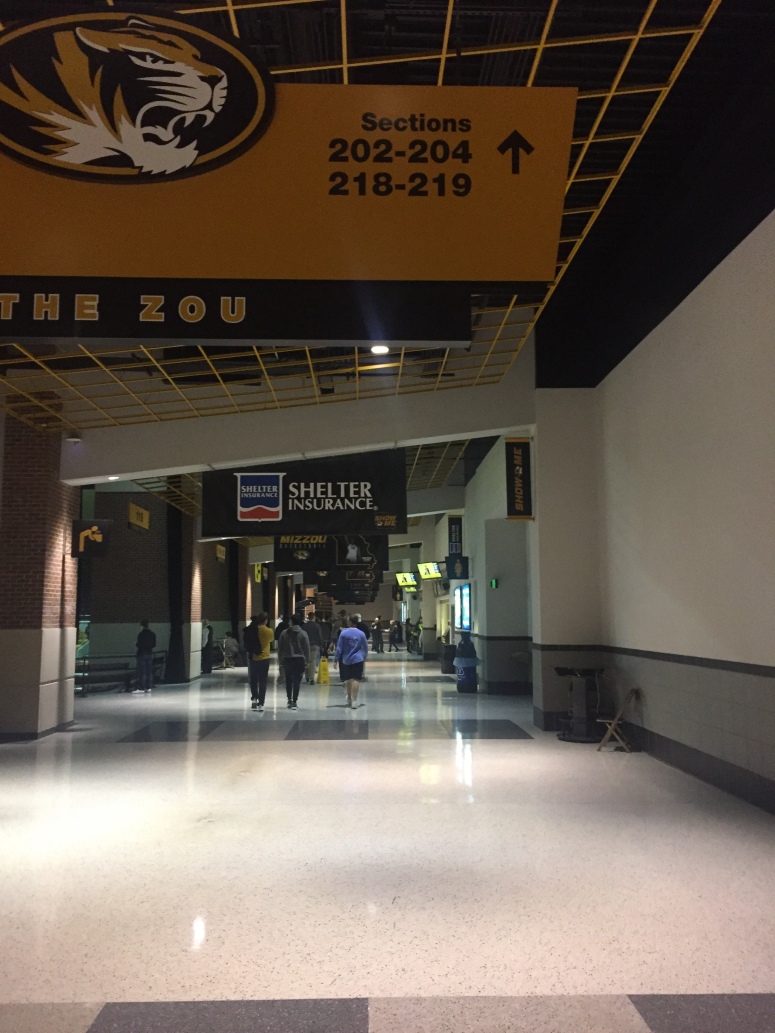 They did have weird ceilings lol. I like that they tried to make the stadium a little cooler but the ceiling didn’t make sense. 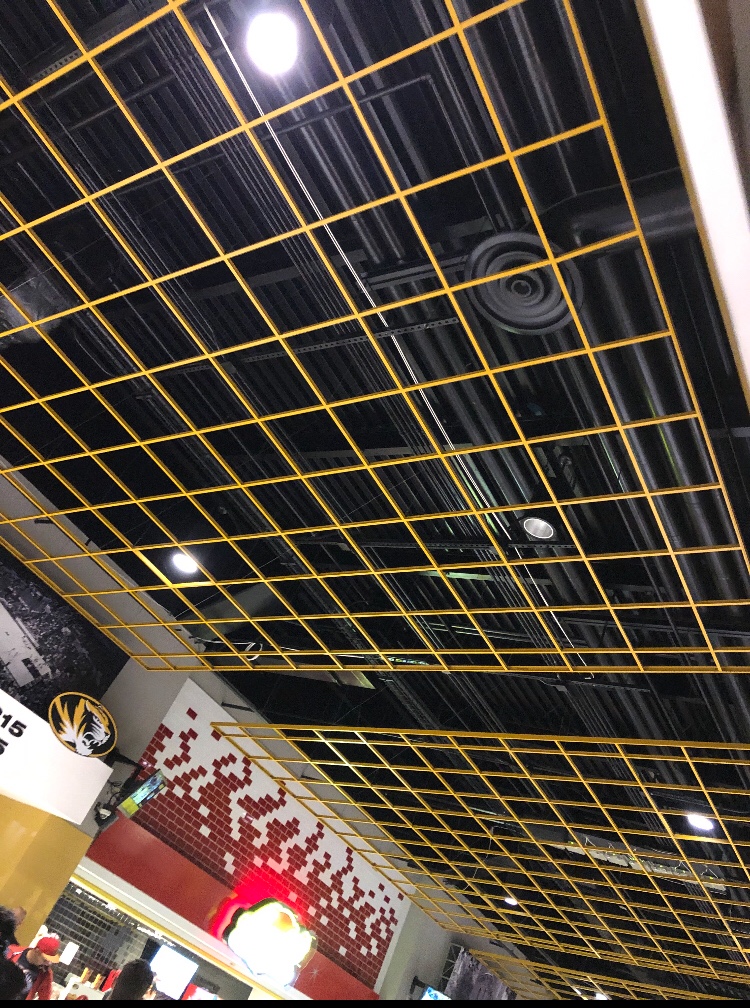 Something that was very cool was once you turned the corner in the straight away along the sidelines, the view opens up and you can see the game from the concourse, even standing in line at the concession. Just have to turn around for a second and you can see the entire arena and even the game. Pretty cool feature to the arena. 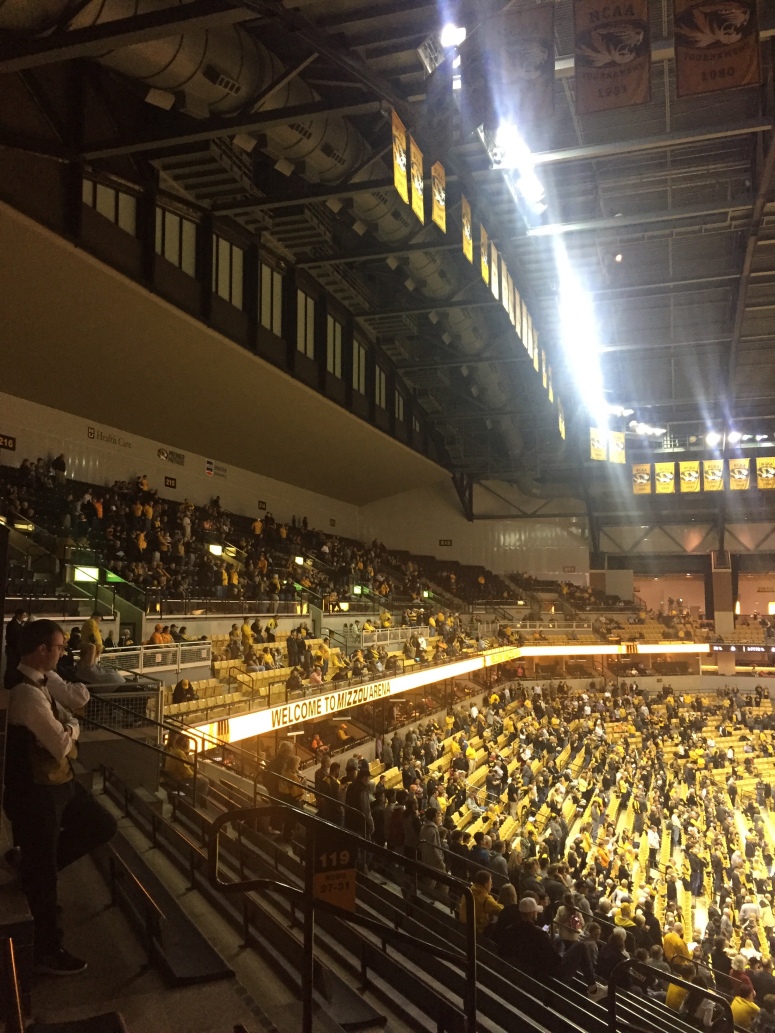 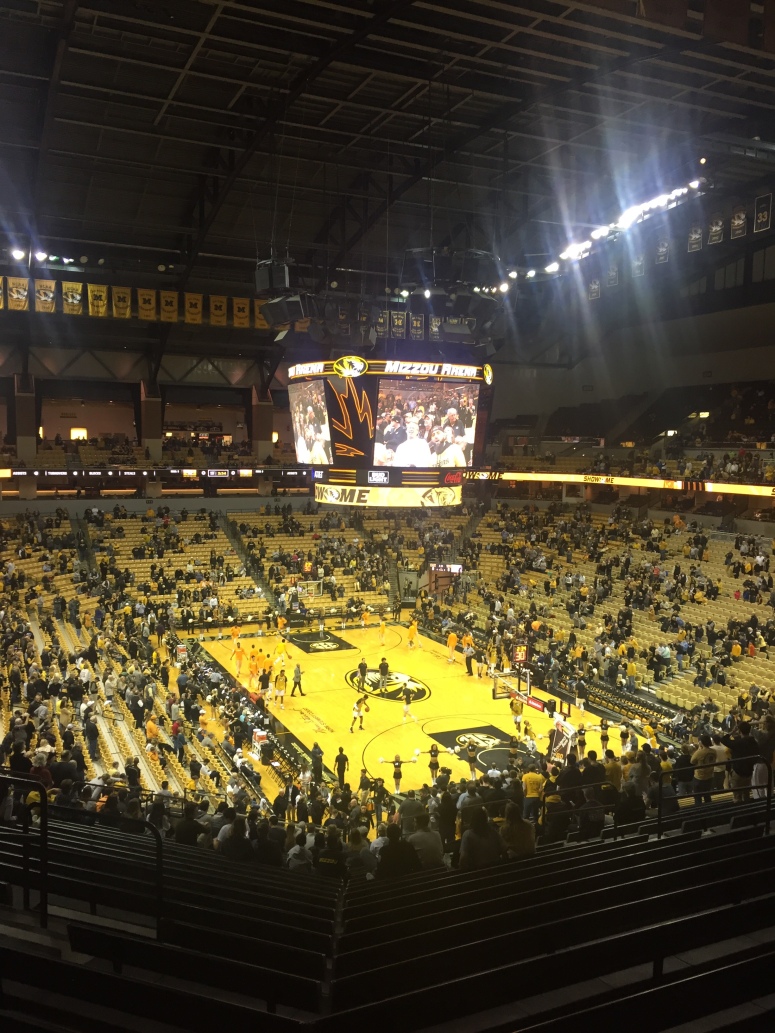 This was the view as soon as you turned the corner while continuing to walk the concourse. Never seen anything like it before. The stadium is built for a big time team and program.

Finally we got to our seats and we had decent seats but I think we were sitting in the family section. Idk it seemed like all the people around us knew every single players name and where they were from and who their parents were. 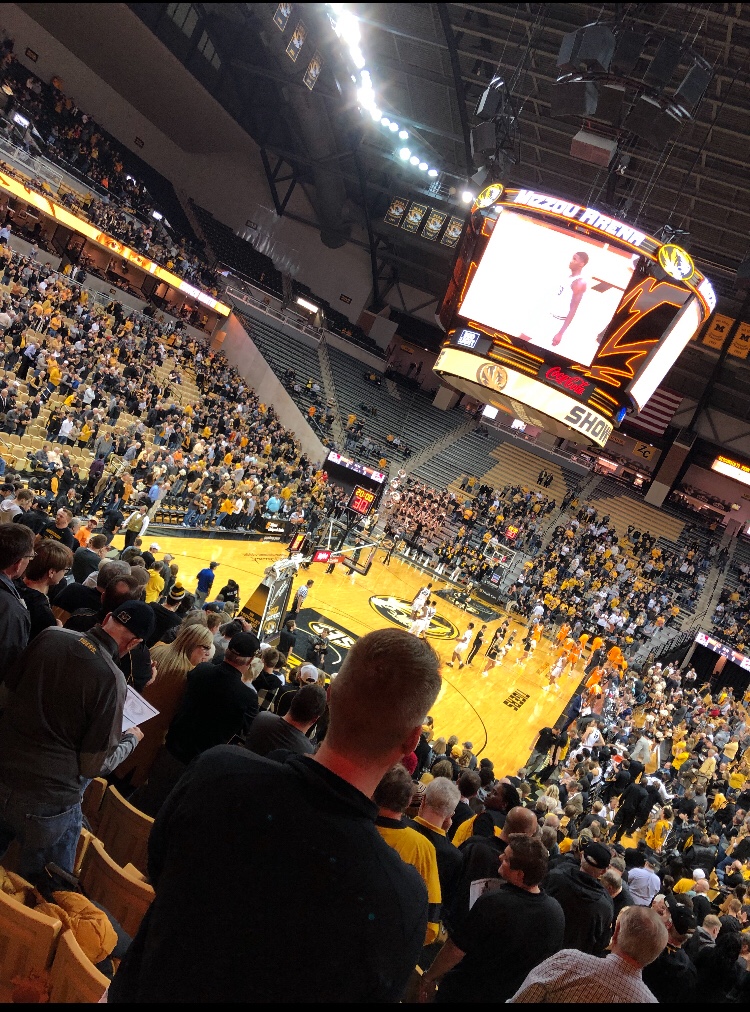 My one complaint about the seats were that they were very hard and not very comfortable. Also, when you sit down in them, you sink a little bit and catches you off guard. But These fans were living and dying by every shot. This guy standing in the picture in front of us was holding his daughter during the game and kept yelling at this one ref all game and his daughter was his lap, so, her ear was right by the dads head. “YOU HAVENT MADE A CALL FOR US ALL NIGHT!” “THATS A FOUL!!!” These two sayings were his favorite all night and his daughter got an ear full of it also.

One more very cool thing was the ushers were all wearing tuxedos. Very classy and old school. I loved it. 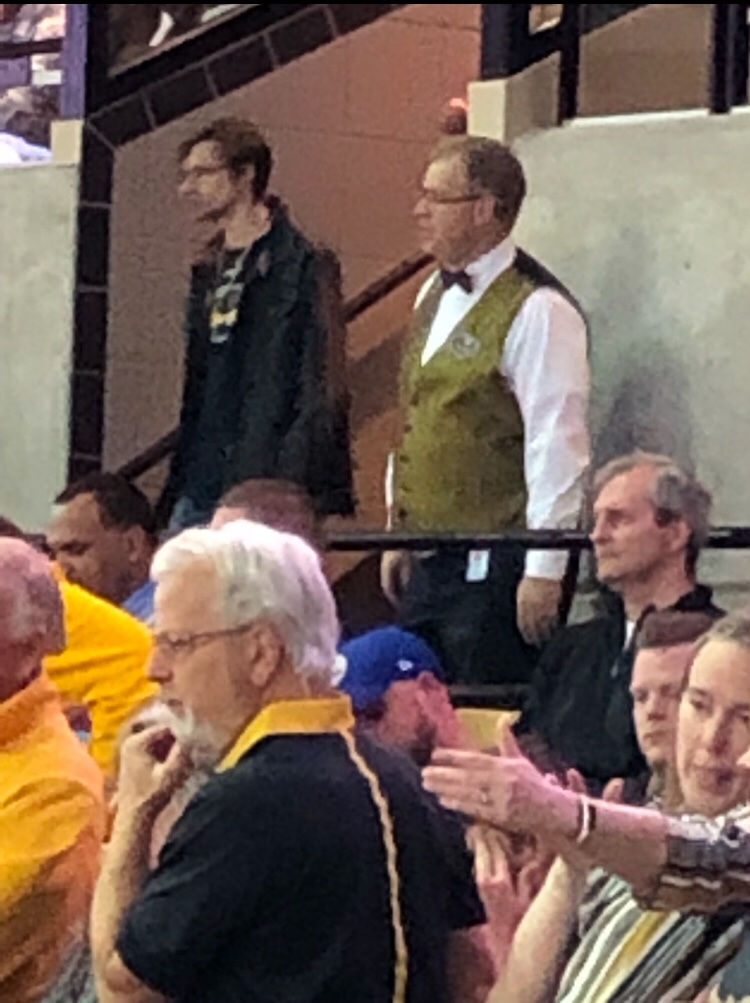 Overall, the SEC sucks and it was a very hard game to watch. Tennessee is ranked 3rd in the country and they were playing in the WEAKEST environment I’ve ever seen for a top 3 team on the road. No heart, no passion. Thank god the tickets were only 20 bucks.